what makes CLAi so unique?

Film and video post production companies are like schoolgirls – wanting to appear to stand out from the crowd while hiding happily in the middle of the herd.

CLAi revel in being the black sheep – different in our ideas, our workflow and our interaction with clients…

It comes down to five things that we bring to the table – Experience, Excellence, Creativity, Expertise and Common Sense… 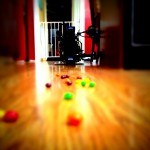 REAL WORLD EXPERIENCE, there is no substitute for it.  We are eclectic and accomplished.  We come from the worlds of broadcast documentary, corporate video, commercials, indie film, music and the arts – on both sides of the camera and microphone.

We are bound by a common commitment to creativity, quality and accepting nothing short of excellence. Our three decades of experience allow us a depth of expertise that takes the risk out of the film and video production equation. Large or small, ultra-low budgets or mega-funded, we’ve pretty much seen and done it all before… and are always happy to talk about any potential project and bring that experience to bear in suggesting the right solution.

JUST AHEAD OF THE CURVE, we are creatives who suffer from a touch of tech geekiness, using the latest technologies well before they become mainstream is a given.  CLAi have always been early adopters of software and technologies, but only when it will boost quality, increase flexibility, open up new possibilities for the projects we work on, or simply give clients a better deal. We were Bay Area leaders in using 4k, 6k and now 8k RED camera digital cinema systems as both shooters and as one of the first post production specialists to design and operate a viable camera to screen workflow… one of many technical and creative firsts for the company.

But expertise doesn’t stop with knowing the technology inside out, it demands a mastery of the disciplines needed to get the most out of the hardware and software, and best apply it to the story you are telling.  We achieve this by practice, of course, and by taking on small “test” projects where we can have time to play without high expectations – and where we can involve industry newbies in making these so they get a chance to learn on the job too.  I also pass on my expertise, as a mentor to a history of assistants, staging hands-on workshops for other industry professionals and as a guest lecturer at Colleges across the Bay… helping to grow the next generation of filmmakers.

CREATIVITY is so critical to turning any idea into a wickedly good final program, but it’s not something that you can easily put into words without sounding totally full of yourself – and, of course, the English part of the company would faint at the prospect of talking about personal accomplishments… it’s just not done!

That’s one of the reasons we put quite a number of both film and video client testimonials into this web site – because they provide the reality of working with us.  We also include just a few of the awards that our peers have given in recognizing our work, and feature a bunch of programs and films that we have produced as CLAi or that I have helped to create as an independent specialist… that way you get to make your own informed decision!

CLAi don’t actually accept that words like “COMPROMISE”, “GOOD ENOUGH”, “LATE” and “OVER BUDGET” exist.  It’s not word blindness or english spelling differences, just a belief that if it is worth doing something then it is worth doing it as well as humanly possible.  Cutting corners is fine on a Ducati hitting a fast bend at 100mph but it’s never acceptable on a video or film, it’s why we believe  excellence should never be a goal to work towards, it should be the reason to do the work. Of course, real life sometimes has other ideas, and then it’s acceptable to bend the rules a little and aim to make the best lemonade possible out of those lemons!

It’s a philosophy that wins lots of praise for the projects CLAi touch, from our peers and our clients’ clients – and that translates into films that win award after award, and corporate programs that get the job, sell the service and raise the funds. Which makes us all very happy!

EXPERIENCE, EXCELLENCE, CREATIVITY and EXPERTISE all sound very cool and trendy, but they don’t account for what is perhaps the most important aspect in making any project a success… common sense. One of my favorite film quotes is “A man’s gotta know his limitations” from Dirty Harry, such a simple phrase that we all too often forget when it comes to production, budget and time.

It takes common sense, confidence and street smarts to realize that there is a problem on a project or a shoot, identify the cause and be able to come up with a solution on the spot and put it into action.  So CLAi spend a lot of pre-production time – even on just post production projects – designing the right workflows that avoid potential disasters, save money and give the best quality before anyone gets too far in to change direction…

It’s part of the service CLAi provide to clients, and one of the reasons why we try to never say “No” to any request, even on the craziest phone call, we try to evolve an answer that will work. Sometimes that means finding and then passing the job on to someone else, or making a budget work for a project by cutting our rates, or sticking to a quote or deadline promise regardless of what might change. I guess it’s a Santa Cruz hippy thing, but I’ve had a lot of help from a lot of people in achieving my goals and so giving back just makes sense and is the right thing to do…

You can get in touch with Chris Layhe and the CLAi Studio any day of the week:

Use the automated email form below and I’ll get back to you faster than a speeding turtle…  or take the opportunity to revel in my beautiful Manchester accent and call 831.-419.-7590.

Either way I’m really looking forward to meeting you electronically!